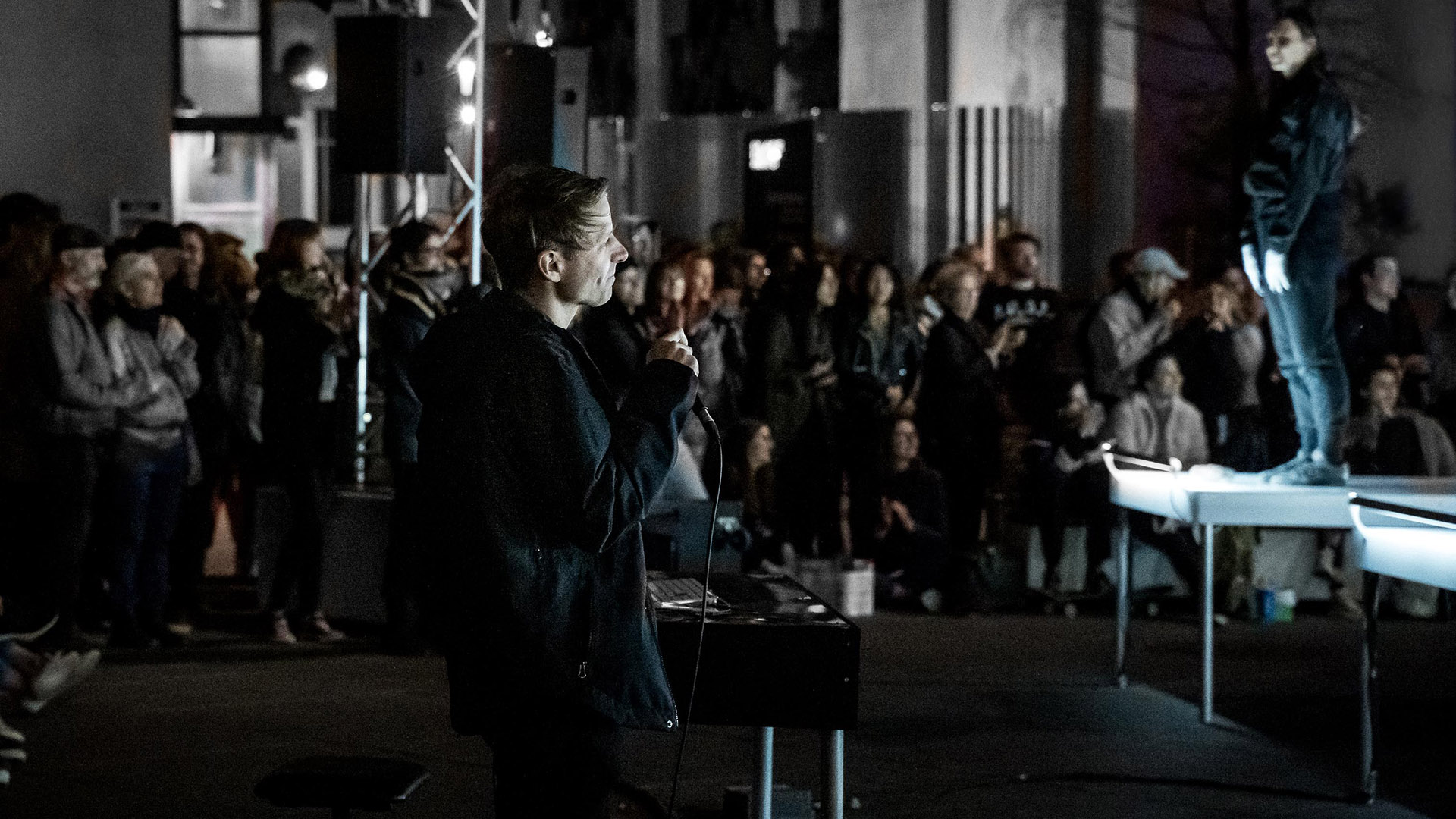 For more than 15 years, Martin Messier has created works in which sound meets images and objects. In the form of performances and installations – with a choreographic tone – , these works place the body front and centre.

Presented in some 50 counties, Martin Messier’s productions have received several prizes and nominations: a special mention at Prix Ars Electronica in 2010 listed for a Prix Opus in 2012 Best Experimental Short Film at the Lausanne Underground Film Festival in 2013 the Canada Council’s Victor Martyn Lynch-Staunton Award in 2014; a special mention by the jury at the 2015 Japan Media Awards; and, in 2018, the World OMOSIROI Award in Japan.

Represented by Marc Langlois, Martin is also a member of Perte de Signal an artists’ centre. In 2010, he established 14 lieux, a company dedicated to producing sound works for the stage, and has been its general and artistic director since then. He lives and works in Montreal.

Exploring links between sound and material both living and inert, Martin Messier’s sound works are given tangible form in complex performative electromechanical and digital devices. He is interested in the motifs of the visible versus the invisible, presence versus absence, and the potential of metamorphosis through the transformation of objects and the manifestation of the imperceptible properties they possess.

Placing the body front and centre, his works – whether they are installations, performative pieces, or more directly choreographic – express a recurrent commitment to an acknowledged physicality – that of the performers, the artistic collaborators, and the artist himself. Underpinning his choreographic works is the desire to overturn the hierarchical relationship that exists between music, lighting, scenography, and dance, to allow sound to drive the movement (Hit and Fall, Derrière le rideau, Soak, Corps mort).

Martin Messier’s objects have a life of their own. He gives voice to the material by endowing it with movements and sound waves. His works involving invented machines (La chambre des machines, Machine_Variation) or audiovisual devices (Sewing Machine Orchestra, Projectors, Boîte noire, Field, Impulse) are always guided by a powerful principle of synchronicity between sound and image. Developing this link consistently and repeatedly, Martin becomes the motor of the creative process.

Light is also a powerful element in Martin Messier’s works. Crossing through the space of the screen and that of the seating area, light acts as a visual support that reveals the invisible and the imperceptible. Treated as a material like everything else, light is a participant in a holistic approach on the cutting edge of transdisciplinarity.

“ This artist can transform ordinary objects and it’s the closest thing to real magic you’ll ever see. “

“ Messier's stage presence is mesmerizing; he communicates abstracly but directly with his audience, without artifice. “